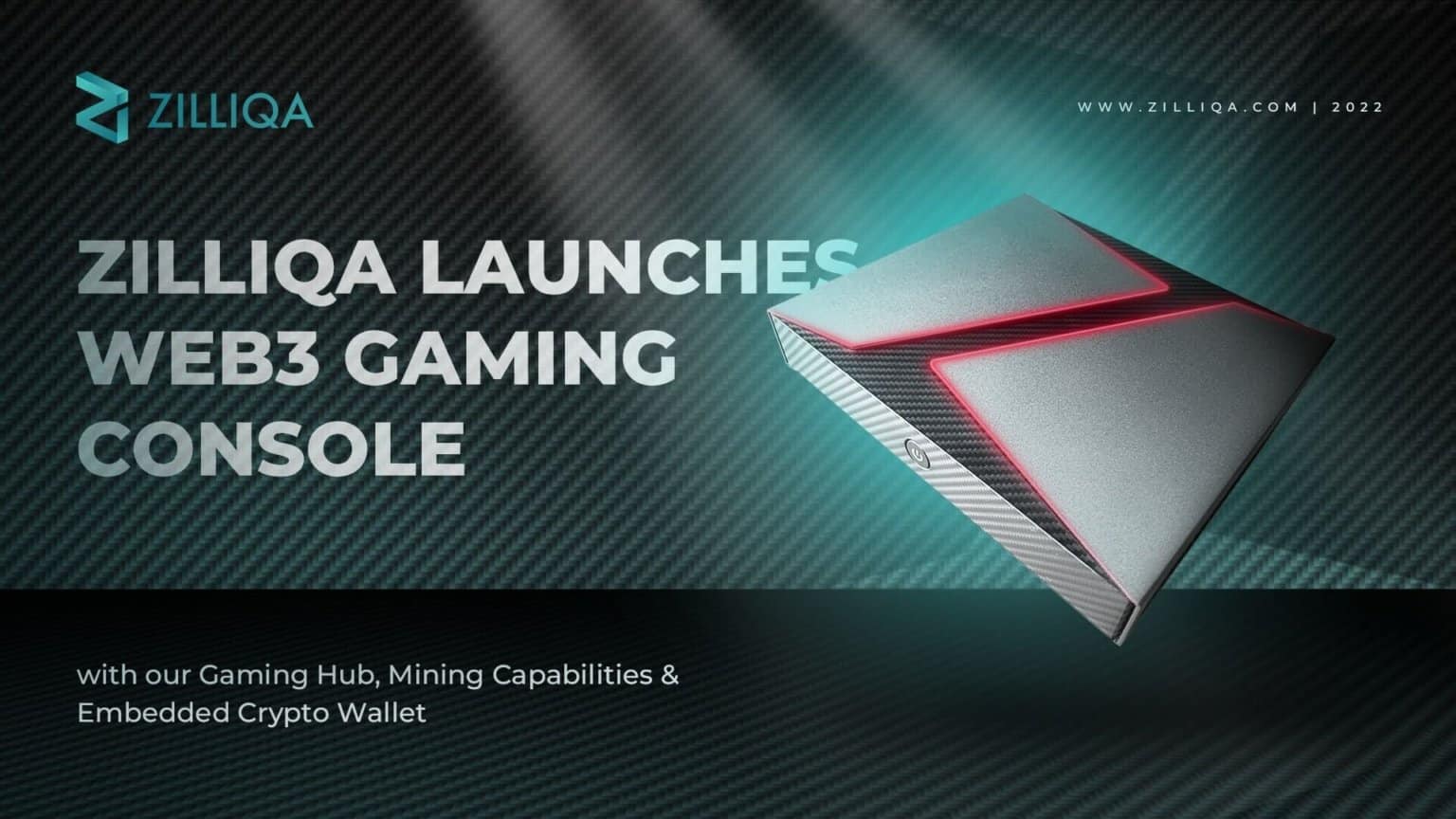 Zilliqa announced the launch of its Web3-based console on Monday. In addition to first-party Zilliqa games, a Web3 wallet, and mining utilities, the console is designed specifically with the crypto enthusiast in mind. The overall goal of the device is to be able to allow players to be able to play games while simultaneously mining the $Zil tokens.

As Zilliqa explains, onboarding gamers into blockchain gaming has been harder than it should be due to the challenge of setting up a Web3 wallet as a non-crypto native player. The team believes that this issue has spawned a “divide” in the gaming community as a result. Through the inclusion of a Web3 wallet and a gaming hub, Zilliqa hopes to increase onboarding of their platform and increase the number of users. With the gaming hub, crypto apps and games are brought together under one roof. As well as earning rewards, players can also participate in the marketplace where they can buy and sell items.

Upon announcing our first game at Gamescom, we had a great response from the gaming community, and we’re excited to say that it was just the beginning, Zilliqa’s hardware console and gaming hub will allow non-crypto natives to earn money while playing fun games without the complexity of managing the crypto they earn. We will launch the console and gaming hub early next year with two Zilliqa games, followed by more games from a variety of creators. With the backing of Zilliqa’s large crypto community and the easy-to-use infrastructure, we have no doubt that we can become the Steam equivalent for Web3 games.

There will be a joint release of two Zilliqa-native games including the first-person shooter (FPS) game WEB3WAR, during the first quarter of 2023, following the conclusion of the testing phase for the gaming console. Among the features visible on the prototype are HDMI and Display Port, as well as 4 USB3 ports, 2 USB2 ports, an ethernet port, a 3.5mm headphone jack, and a USB-C port. While Zilliqa has kept mum about other specifications, the company has made clear that the console was designed to abstract away the complexities of Web3 to provide a more user-friendly experience, although it has not revealed more details about device specifications.

It is no secret that Zilliqa has been aggressively pursuing efforts to expand its presence in the gaming space over the past few months, joining the Blockchain Gaming Alliance (BGA) in April this year, and forging partnerships with esports teams MAD Lions, RRQ, and more recently Alien Worlds and XBorg. As a result of Zilliqa’s partnership with Web3 esports organization XBorg, the XBorg community will contribute to the creation of gaming tournaments, marketing campaigns and receive beta access to test Zilliqa’s gaming hub in October as part of Zilliqa’s commitment to esports.

The development and testing of the console were completed by Zilliqa’s engineers over a period of six months with the intention of seamlessly integrating elements of Web3 technologies such as crypto wallets, mining software, and blockchain tech into a recognizable gaming experience. Furthermore, Zilliqa indicated that players will be able to mine $ZIL tokens, an expansion that they anticipate will result in the Zilliqa blockchain becoming even more decentralized by increasing the number of miners around the world. Pre-orders for the console will be available starting in Q1 2023, and beta testing will begin in October 2022.